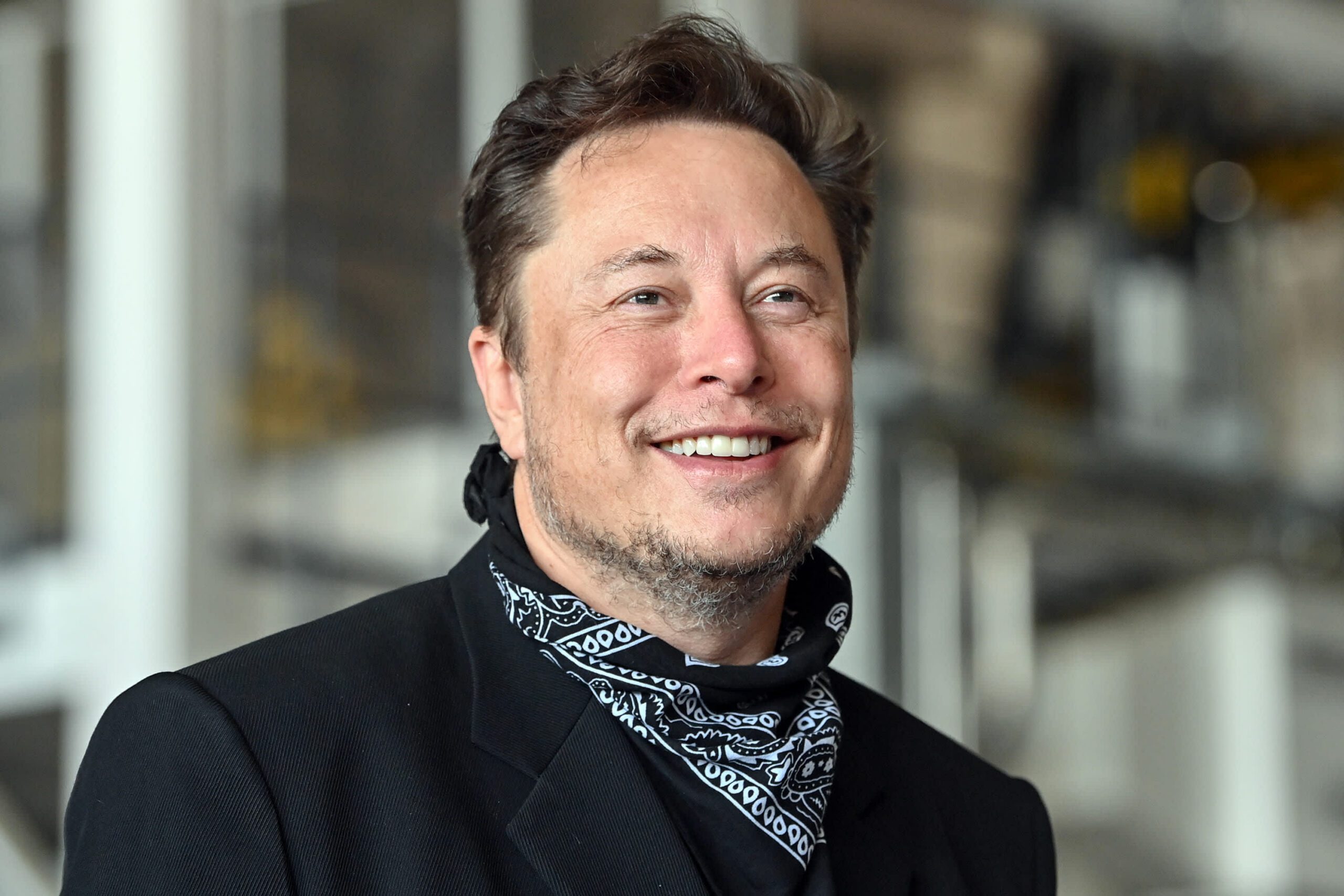 Elon Musk Sells his Tesla Stocks – So What?

Elon Musk seems to be omnipresent. He manages to find a place for himself in every single news cycle. Whether it is for overtaking Jeff Bezos to become the richest person in the world, giving his son a name no one can pronounce, or for exclaiming that he thought Bernie Sanders was dead; it is safe to assume you will see his name or hear about him in some way or form every single day. A single tweet of his has the ability to make markets go up or down. For example, let’s look at the e-commerce company Etsy, which focuses on vintage and handmade items. He simply tweeted, “I kinda love Etsy” and that took the share price of Etsy to an all-time record high. And this is just one example of the influence this man has over the financial market of a country, or simply the financial situation of a company, including his very own – Tesla.

In mid-2020, $13 billion was wiped off Tesla’s market value when he tweeted, “Tesla stock price is too high.” Another tweet of his mentioning the production capabilities of Tesla caused the share price to dip by 3.7%.

On November 6, he tweeted “Much is made lately of unrealized gains being a means of tax avoidance, so I propose selling 10% of my Tesla stock. Do you support this?” Alongside, he published a Twitter poll asking his followers to vote. 58% of the 3.5 billion voters said yes. Consequently, he sold roughly 934,000Tesla shares worth $930 million! Over the span of a week, Musk has sold 8.2 million shares for $8.8 billion. This accounts for about half of the 10% that he tweeted about. The tweet caused the price of Tesla stock to dip, which led to Musk having to sell them off at a lower price compared to the price it carried before the tweet.As Musk continued to sell his stock, the price share dipped by a further15%. Despite that Tesla still holds the title of the most valuable automaker company in the world.

What is the sale actually about?

At first glance, this might all seem like a case study for the effect of emerging social channels. Although that is partially true, this is more about the interconnectedness of social media, political discourse, stock market structure, and much more.

Let’s take a bigger peek at the numbers. This year has been phenomenal for Tesla as it is up 57%year-over-year in profits as of November 15th, 2021, and the company is valued at $1.2 trillion. Musk himself, being the richest man alive right now, is worth $286 billion as of Nov 19, 2021. Nearly a quarter of this net worth is in stock options. They are extremely significant to what has been happening as the ones that were drawn in 2012 are set to expire in August 2022. The strike price is $6.24 per share, and Tesla’s stock price on a good day is usually over $1,000. Since his options are taxed as ordinary income, the combined federal rate and California rate is around 50% of his gain.

If he exercises these options by the time of their expiry, he will have a huge amount of tax bill to pay i.e. for exercising his options on 23 million shares, he would have to pay $10 billion in taxes. Musk has also said that he does not take cash salary and bonuses from anywhere. So, the only way he could actually pay the tax is by selling his shares.

According to a regulatory filing, this tax bill could be footed by the 10% of his stake that he had proposed to sell-off. As a result, he exercised options of $2.5 billion in shares and then went on to sell $1.1 billion of those exercised options to foot the tax bill. After a second round of exercising his options, he further sold $930 million in shares. The total now stands at $4.6 billion of stock options exercised, and $2 billion sold to meet tax obligations.

Looking at the political aspect of this scenario, it comes at a time when US senator Ron Wyden has been proposing that the USA’s 700 or so wealthy billionaires pay up their fair share of ‘billionaire tax’ when stock prices go up even if they haven’t sold their shares. These are the “unrealized gains” that Musk had tweeted about.

The stars and planets aligned for Musk when the Director of UN’s World Food Program tweeted that $6 billion from billionaires could help 42 million people that would eventually die of hunger. Musk responded by saying that if the WFP could describe how the money would solve world hunger, then he would sell Tesla stock and give it to the WFP, on the condition that it should be an open-source accounting for the public to view how the money is going to be spent. Critics say that the tweet by the Director of WFP was turned into a significant PR strategy by the genius of Elon Musk. He used this as leverage towards his impending exercise of stock options.

Musk managed to personify the phrase “killing two birds with one stone” with his option exercise when he covered the taxes to be paid, and at the same time, retaliated to Senator Ron Wyden’s tweet on billionaire tax.

However, Musk also sold his non-option stock. Why would he do this when its tax cost is relatively higher? Selling non-option stock and using those proceeds to pay his options tax would lead to him paying taxes twice – on the capital gains from selling the sock and then the options tax itself.

One can only make an assumption here unless one has the technical know-how of Elon Musk’s plans and strategies. Analysts speculate that it could just be a cash-out. He will have to pay the federal tax, but not the state tax, since he may already have become a Texas tax resident. This is an advantage that he has since he has shifted bases from California to Texas. California has one of the highest income tax rates, whereas Texas is known as a tax haven with respect to income tax.

The catch here is that his option sale might still be taxed by California based on the days in each state from the date of grant of options to the date he exercised it.

Sceptics also claim that the non-option sale is definitely not for charity. If it were for charity, then he would have donated the high-priced shares directly rather than selling them off and paying tax on them.

He may be using them for SpaceX, Starlink or another exciting private venture. Federal rates are also expected to increase next year. So he may have just wanted to get money off the table before he has to pay more in taxes in the subsequent years.

Is social media really that influential?

“Meme investing” is the new term in the market. It implies the fluctuations in the markets that tweets cause. They have become trading clubs where one single word or meme can hype stocks or pull them down.

Price shares of Tesla fell only since Musk tweeted about his sale. Chances are it wouldn’t have fallen if Musk had done it without any announcement. The 10% of his stock that he proposed to sell is definitely too massive a financial decision for him to make based on just his follower’s votes. As mentioned before, he may have tweeted it just as a form of PR and to gain some traction and stay relevant through all the decisions he makes.

Such fluctuations may not affect the likes of Musk, Zuckerberg and Dorsey, but the naïve and amateur investor may face the brunt of it. Billionaires need to take some amount of responsibility and not speculate on social media. It may be speculation for them, but it may be taken as the holy grail by the youth who look up to them as financial and tech gurus.

However, billionaires are not free from social media influence either. Recently, JP Morgan Chase sued Tesla for a whopping $162 million over tweets Musk made in 2018 about taking Tesla private. According to JP Morgan, Tesla breached an options deal made in 2014 wherein the bank would be allowed to purchase Tesla shares if the strike price was below Tesla’s share price when the deal expired in mid-2021. The strike price was around $560 per share. At the time of the infamous tweet, the share price initially soared. But it sunk once it became clear that Musk was not being very honest. JP Morgan itself has been lowering the strike price from $560 to $460 and ultimately to $96. And now Tesla is being dragged to court for not fulfilling its obligations. Business tactics evade no one, especially in the social media era.

It is best to have someone knowledgeable by your side, with adequate expertise in the complexities of the digital world, whenever it comes to financial planning within the context of the web and its allied technologies.

For entrepreneurs and investors like Elon Musk, paying taxes alone is not an exciting and promising reason to sell stocks. There is usually a lot more going on behind the curtains than what is seen in numbers to a layman’s eyes. He has managed to create his own powerful, personal brand on Twitter that he has been utilizing well for his businesses. He is not only an expert in tech but also seems to have a knack for the subtle manipulation of crowd psychology. He knows the value he brings to industries and companies when he talks or tweets about them, and he is using it to build his value. Budding entrepreneurs need to study their twitter brand to understand how to use social media and the avenues it opens up to its full potential.