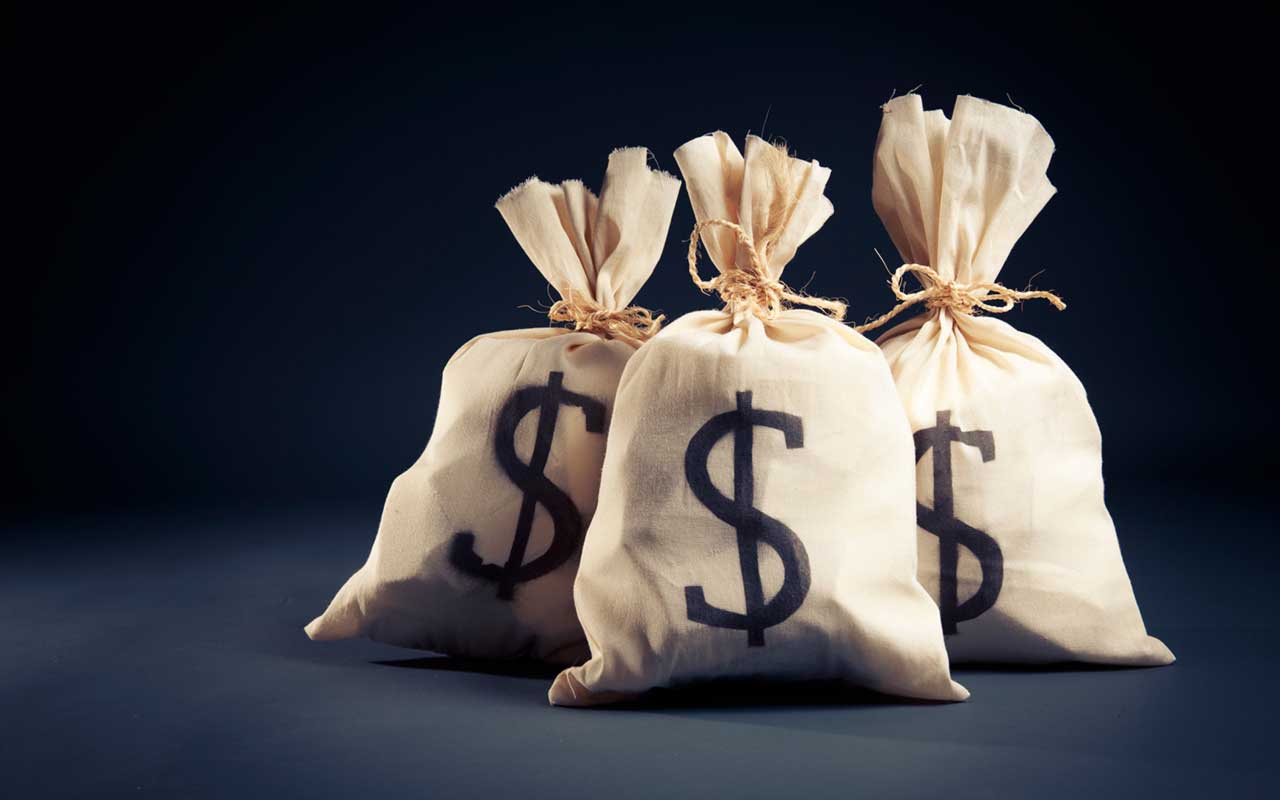 The Foreign Account Tax Compliance Act (FATCA) has been introduced in the U.S attempts to combat the evasion of tax by U.S taxpayers who are holding assets offshore. Internal Revenue Service has made the compliance of foreign accounts and assets a priority with FATCA reporting. Programs such as Voluntary Disclosure Procedures and Streamlined Filing Procedures are initiated so that taxpayers can comply with offshore asset reporting without any hassle.

Let us divulge deeper through an example:

Case: Karen moved to the U.S from a foreign country 5 years ago and had since filed all the tax returns regularly and also reported the investment activity in the U.S without fail. However, she missed out on reporting a term deposit still running in her home country. She has not touched the money since she arrived in the U.S. The deposit generates interest income. She has not been contacted by the IRS yet regarding the same.

This case pops up a few questions for Karen?

1. Am I obliged to report the term deposit? If yes, can I do it now?
2. How can I disclose my foreign assets now?
3. What are the procedures to be followed?
4. Will I be penalized for non-compliance?

Who is liable to report foreign assets to IRS?

1. A specified citizen who is
-a U.S citizen
-a resident of the United States
-a non-resident deemed to be treated as a resident to file a joint income tax return.
-a non-resident who is a bona fide resident of American Samoa or Puerto Rico
(or)
2. A specified domestic entity
needs to report to the IRS in form 8938 if such a person has an interest in the specified foreign assets with an aggregate value exceeding the reporting threshold.

Different kinds of personal and real property are termed foreign assets. It includes:
1. real estate
2. Business ownership
3. Foreign Life insurance
4. Foreign investments Funds
5. Foreign Pension
However, not all assets are reportable. Assets falling under the specified foreign assets category and the value of such asset is greater than the reporting threshold then such assets shall need to be reported.

• If a person owns a foreign stock certificate, then it shall be reportable in form 8938.

• Foreign currency is not classified under the specified foreign assets and hence is not reportable.

• Personal residence or rental property need not be reported.

• Tangible assets such as art, jewelry, antiques, cars or other collectibles directly held in a foreign country need not be     reported.

• Precious metals such as gold, directly held are not specified foreign assets and need not be reported. However, hold   certificates issued by a foreign person needs to be reported if the value increases the specified threshold limit.

• Foreign stock or securities if held outside of a financial account needs to be reported.

If you have reported specified foreign assets on other forms then you are exempted from reporting on the Form 8938, which includes:
1. Form 3520 or form 3520-A (filled by trust)- Trust of foreign gifts
2. Form 5471 – Foreign corporations
3. Form 8621- Passive foreign investment companies
4. Form 8865- Foreign partnerships
5. Form 8891- Registered Canadian retirement savings plan
In case you have filed the above-mentioned forms you need not mention the list of such assets in form 8938. However, identify which and how many forms have been reported.

How to ascertain the reportable value of the foreign asset?

Note: if the assets are dominated in a currency other than U.S dollars, then such value needs to be converted using the exchange rate on the last day of the tax year.

If the taxpayer fails to report the assets in the aforementioned form, then he is liable to a penalty of up to $10,000 for every 30 days of non-filing after IRS notice of such default for a potential maximum penalty of $60,000.

How to Reverse the Non-Compliance activity?

However, IRS has provided options to U.S taxpayers to fall within the compliance of reporting such foreign assets if they have not filed the required returns including FBAR returns(know all about FBAR here). They can voluntarily come into compliance through Voluntary Disclosure Practice (VDP)Streamlined Filing Compliance Procedures (SFCP).

VDP is an option for the taxpayers who have will fully withheld or misrepresented certain information to the IRS in respect of those assets which are exposed to criminal liability.
VDP is the best option to receive amnesty. This will significantly reduce criminal risks and exposure to civil penalties.

1. The disclosure must be truthful, timely and complete.
2. Timely disclosure is considered only when received before
a. IRS has initiated or intends to initiate a civil or criminal investigation
b. IRS has received information from the third party regarding the taxpayer’s non-compliance.
c. IRS has initiated the investigation or received information directly related to the specific liability of the taxpayer.
3. Failure to adhere to the requirement can lead to an invalid submission.
4. VDP is not recommended for non-will ful violations.
5. It is not available to taxpayers with an illegal source of income.
6. The taxpayer needs to cooperate with the IRS in determining his or her correct liability
7. Tax, interest, and penalties need to be paid in full.

Under VDP, the taxpayer is required to submit the correct returns under form 14457 which is entitled to two parts.

Part 2 – Form to be completed disclosing the assets and other pertinent information.

Failure to comply with the program:

If the taxpayer fails to cooperate or appeals to the decision or audits of the IRS then the IRS employee is allowed to levy the fullest possible penalty usually 50 % for FBAR violations or 75% for fraud with the percentage being on the highest liability tax year in question.

Waiver of Collection Due Process (CDP) rights for less than the full percentage:

The taxpayer can make less than full payment if he establishes that he cannot meet its burden. However, to do so, the taxpayer must waive all rights to a CDP hearing under 6320 and 6330 for all tax periods.

Streamlined filing compliance procedures (SFCP) are available to taxpayers who have failed to report their foreign financial assets and pay the tax due in respect of those assets. The taxpayer further establishes that the failure was not a willful conduct on their part.
SFCP provides:
1. procedures for filing amended or delinquent returns
2. terms to resolve the tax and penalty default by filing amended and delinquent returns.
3. terms to solve the tax and penalty obligations.

A taxpayer is not eligible to use SFCP if
1. IRS has initiated civil examination on the taxpayer’s returns for any tax year, irrespective of whether it relates to undisclosed foreign financial assets.
2. the taxpayer is under criminal investigation by IRS
3. the taxpayer has made voluntary Disclosure under VDP.

1. Must have timely filed tax returns for the last three years.
2. Must be a resident of the U.S (living in the U.S for full 330 days in the last three tax years)
3. have failed to file international information returns including FBAR
4. failed to report the gross income from a financial foreign asset.

If you qualify for the Streamlined Domestic offshore Procedures then,

1. you need to file tax returns for the last three delinquent tax years
2. File FBAR (FinCen Form 114) for the prior 6 years.
3. complete the statement of explanation as to why your tax returns and FBAR weren’t filed.
4. The taxpayer must pay 5 per cent “Title 26 Miscellaneous Offshore Penalty”, full outstanding tax due amounts and full interest amount from the amended tax returns.
5. If the FBAR or information return violation was will ful, then the taxpayer loses its audit protection under SDOP.
6. Once SDOP is filed the taxpayer shall not be subject to accuracy-related penalties, FBAR penalties, or information return penalties.

To utilize this program, the taxpayer must fulfill a few eligibility criteria apart from those mentioned in SFCP, the taxpayer should be a non-resident of the U.S and have failed to report the assets in the returns, failed to file FBAR and pay tax.

If you qualify for the Streamlined ForeignOffshore Procedures then,

After a comprehensive study on the compliance schemes introduced by Internal Revenue Service, we can say that