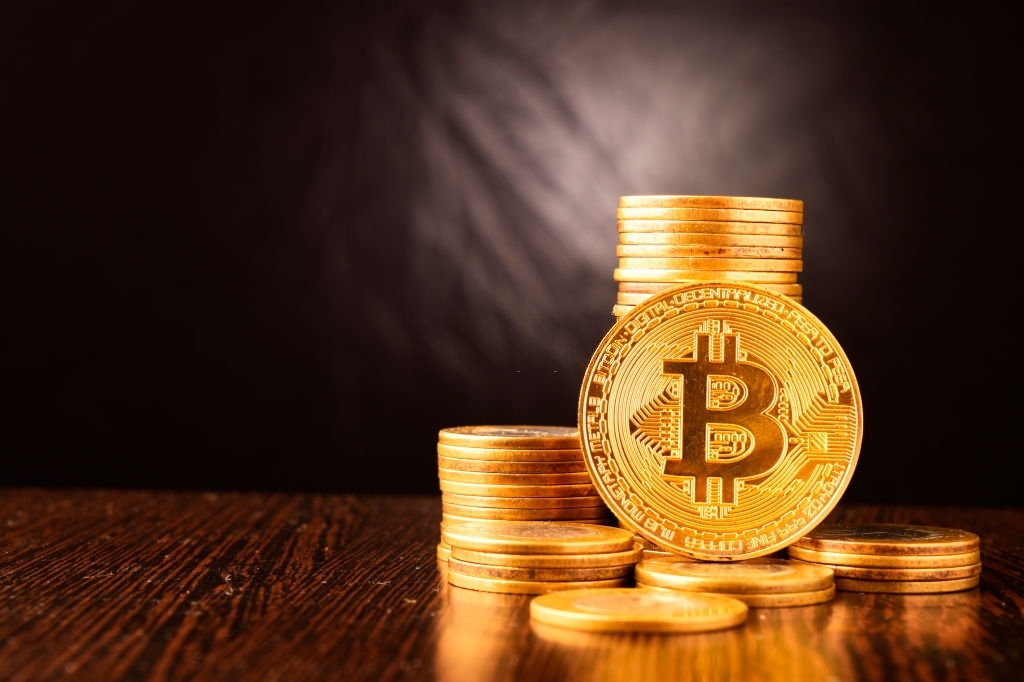 The Potential Birth of CBDC

The relationship between traditional players in the financial system, such as retail banks and central banks, and the emerging digital giants peddling crypto, has been complicated, to say the least. Crypto has been praised, condemned, considered, and adopted at different points in time by different traditional institutions, the result being a sort of widespread confusion towards a new and exceedingly un-ignorable prospect.

As the hullaballoo around crypto, decentralized finance, and NFTs increase day by day, the traditional players in the finance world are being forced to consider a brave new digital future that might require more than just their incumbent infrastructure to survive. As Youtube, Facebook, Twitter, and other existing social media giants turn towards the new craze around NFTs and the seemingly widespread acceptance of crypto as the new currency of the digital world, central banks are also considering similar trajectories.

The CBDC or Central Bank Digital Currency is a result of the combined fear and awe around crypto and the revolution that it has caused. As the decentralized currency makes headway into the mainstream and becomes more and more commonplace, the Federal Reserve of the United States is also considering getting into this game, albeit in a more “legal” manner. The CBDC will be characterized by some of the prominent characteristics of cryptocurrencies like Bitcoin, such as transparency, security, and their digital nature. At the same time, the concept of the CBDC completely subverts the decentralized, for-the-people, and by-the-people concept of blockchain-driven cryptocurrencies by ushering forth a centralized and digitalized structure around the currency.

What does this mean for a future where digital currencies appear to be an inevitable part of our daily lives? Does a centralized digital currency go against the very principles of pioneering digital currencies like Bitcoin, which were created to avoid any form of intervention and intermediation by government or financial agencies?

The definition of CBDC is a purely digital currency format of a country’s native money that is issued and designed to be viable for use as cash during daily transactions by the central bank of the said country. It is to be noted that even though the advent of the credit card and mobile payment methodologies have transformed transactions into digital formats of interaction, behind the scenes it is still mostly real cash that is moving around. The CBDC would in turn completely change this, transforming the entire system into a virtual structure that is driven by a currency that is digitally native.

To understand the true potential of CBDC, it is important to place the current system into perspective. At the moment, when you swipe a credit card at the supermarket, there are at least three to four entities involved in making the transaction successful. This includes the merchant’s bank, your band, financial intermediaries such as Visa and Mastercard, and even the point-of-sales system manufacturer in some cases. Each of these entities involved in the transaction charges a fee for facilitating the movement of money, which is extracted partly through additional fees levied upon the services and products that you as a consumer purchase. With the CBDC, the actual movement of money would not require any of these intermediaries and will allow transactions to occur directly from the consumer’s phone to the merchant’s phone with no additional charges or fees.

Potential benefits and risks of CBDC in the US?

Improved accessibility – The Federal Reserve, at the moment, is considering the possibility of issuing digital wallets to hold these virtual dollars either directly or through commercial banks or other financial institutions. The former option, the direct issuance of digital wallets by the Federal Reserve, provides an opportunity to tackle a major problem. According to the 2019 FDIC survey, about 5.4% of the US population is unbanked, which might seem like a small percentage but in fact, represents about 7.1 million people. Issuance of virtual dollars directly to the mobile-based digital wallets of these unbanked individuals without bank accounts, debit cards or credit cards, can allow for their inclusion into the financial infrastructure in a fast and efficient manner.

Better cross-border payment systems – Another major motivation behind CBDC and its proposed introduction is the ease that it would bring into the domain of cross-border payments. With the average cross-border remittance taking over 2 days to settle and being associated with fees that can reach up to 5% or more of the amount being transferred, there is a need for more efficient systems to be designed around this fundamental transactional area. By integrating bridges to establish interoperability between CBDC systems in two countries, cross-border payments can be made cheaper, faster, and hassle-free. However, this would require both countries to have CBDC systems in place, without which the prospect would be meaningless.

Improved privacy and security – Privacy and consumer safety is the core motivation behind the proposed introduction of the CBDC. Similar to blockchain technologies, user data generation around transactions using the CBDC is a mainstay of the concept, which in turn will allow for improved safeguarding of personal information by the authorities. The possibility of involving private sector partners that are known for established compliance programs within the financial system through the CBDC model further improves the security of data.

There is also a flipside to these.

Potential monetary policy implementation issues – On the part of the Federal Reserve, an attractive premise that emerges within the context of the CBDC is the increased ease and efficacy of monetary policy implementation. At the moment, in the world of physical cash, the Federal Reserve controls interest rates and federal funds rates by maintaining an ample supply of reserves in the banking system. The introduction of interest-bearing CBDC could influence monetary policy due to the volatility in demand for this new digital currency. This is especially representative of digital currencies in general, as evidenced by the sheer volatility of the crypto market which has become a mainstream point of interest today. To meet this high volatility in demand of CBDC, both internally as well as from other countries, large expansions in security holdings on the part of the Federal Reserve might be required, which in turn could impact the efficacy of implementing new monetary policy.

Disruption of the current banking system: as a dedicated Federal Reserve-issued application for managing and trading in CBDC is bound to accompany its release, reliance on traditional bank applications and infrastructure might be reduced considerably. Moreover, with the possibility of integrating third-party partners into the system, traditional banks could face added competition and could lose hold of existing user traffic and revenue flows.

Why is the Federal Reserve considering CBDC now?

According to a report by McKinsey, about 78 percent of Americans in the year 2020 utilized a digital payment method while shopping online, for in-app purchases, or for peer-to-peer transactions. At the same time, countries like China have been experimenting with a CBDC for a while now. However, one of the largest motivations appears to be the immense rise of crypto and associated offerings, such as NFTs. In the absence of a holistic government-issued digital currency, crypto has become extremely popular with people around the world, with the US market contributing to the NFT craze to a considerable extent today. In other words, one of the largest digital phenomena in the world of banking and finance today is one that is completely untouchable by the Federal Reserve. The emerging crypto network has made visibility by the central government a major issue and the Federal Reserve is not happy about it. The perceived lack of assurances, guarantees and consumer protections around crypto, specifically backed by the US government is making the Federal Reserve more nervous than ever. In this sense, the CBDC can be seen as a way to regain the faith of the people in the US government by offering a safer and more secure alternative to crypto.

At the moment, the Federal Reserve is considering certain ways in which the CBDC system can be made more robust than the existing traditional system by integrating new functional possibilities into the same. One such area of research that is touted as a core consideration by the Federal Reserve currently is the potential of allowing offline CBDC transactions, specifically in order to override the discrepancies that occur in the case of digital payment systems during times of natural disasters, such as floods and hurricanes. The Federal Reserve is striving to find a way in which the system can be made resilient to power outages, infrastructural failings, and connectivity issues during natural disasters and other crisis situations so that transactional capabilities are maintained even under widespread duress. Near-Field Communication or NFC technology is a major infrastructural alternative that might be explored for offline transactions in CBDC.

As with any and all digital currencies, one of the core focal areas for the Federal Reserve with CBDC will be to balance the privacy rights of consumers on one hand and transparency of personal data on the other to reduce the potential for criminal activity. Owing to the centralized nature of the CBDC, the subversion of the key characteristics and motivations for the emergence of crypto could in turn cause backlash among users of such currencies who were initially driven to these due to their rebellious undertones. However, the removal of intermediaries and additional fees from transactions and the increased ease and efficiency of the system might in fact make the CBDC more attractive and even intuitive for the modern generation of users.

Either way, before the time comes, it is best to be vigilant about the dynamics and governmental perceptions around digital currency and crypto today, so that you are prepared for the paradigm shift when it happens. Better yet, get in touch with your local CFO in the USA to learn more about these prospects.

Tags: CBDC, Central Bank Digital Currency, CFO in USA, future of CBDC in the US, risks of CBDC in the US, What is CBDC
Previous Post Capital Gains – a big push for HNIs, Angel Investors and Investment Bankers #2022 budget
Next Post Union Budget 2022’s take on Cryptocurrency – New tax and new beginnings