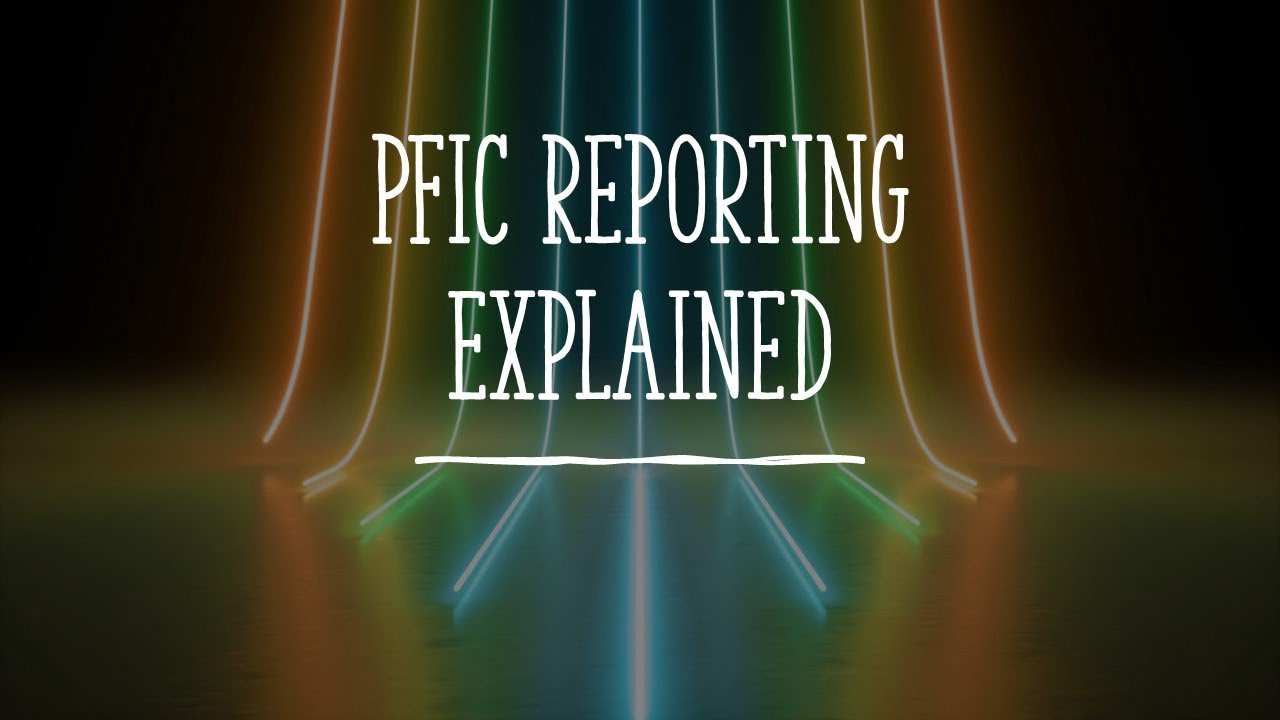 A Passive Foreign Investment Company, or a PFIC, is a corporation that is located overseas and satisfies one of the following two criteria:

What is a PFIC?

Although it is beneficial as it functions as an excellent investment vehicle, the benefits are offset by the complexities in its reporting.

PFICs used to be all the rage back in the day as reporting them could be conveniently overlooked using loopholes. But, as expected, this did not go down very well with the US government as its cash box was running the risk of losing money.

The IRS has since made the reporting and compliance particularly strict and complicated to prevent PFICs from being used as a vehicle to evade taxes rather than just as an investment.

The ABCs of PFIC taxation

The tax treatment of a PFIC by the IRS is punitive compared to domestic investments. An American shareholder of a US-incorporated mutual fund of foreign stocks pays a long-term US LTCG of maximum 20%. But it is whole different story for a non-domicile mutual fund.

Certain distributions from a PFIC may be taxable at the maximum rate of 37% plus interest for US individuals regardless of their graduated income tax rate. Ultimately, the IRS taxes a PFIC in such a way that the tax rate finally comes up to somewhere around 50%.

You can also elect to use a Market-to-Market accounting method, instead of the default method mentioned above. However, you would be needing the help of a professional to guide you through it.

The US government, in order to ease the burden of the taxpayer, allows the taxpayers to take a QEF i.e. Qualified Electing Fund. It helps in reducing the overall tax liability of the PFIC owner. This method again is complicated and is better done at the earliest. This election lets your PFIC to be treated quite similarly to a US mutual fund in terms of taxation. Once this election has been made, it remains in effect for all the subsequent years.

From all of this, it can be concluded that if you have a PFIC in your investment portfolio, taxation and reporting could get quite cumbersome.

If you have investments outside the US, like mutual funds or any such non-US domiciled investments – report it. There are no two ways about it.

Some of your reporting requirements include Form 8621, FBAR, and Form 8938- the most important one being Form 8621 which is specifically for returns by a shareholder of a Passive Foreign Investment Company or a Qualified Electing Fund.

On Form 8621, you will have to disclose information about the PFICs you hold as well as any income or losses generated by these investments.

Reporting must be done without fail in the following circumstances:

Here are some pointers on what you need to keep in mind while reporting on a form 8621:

The IRS has become exceedingly vigilant when it comes to PFICs. Hence, if you have not filed form 8621 so far even while holding foreign mutual funds, it’s never late to get back on track before there is a crackdown.

If you declared the dividends as income but did not file 8621, then you can:

If you neither declared dividends nor filed 8621, then:

Pitfalls of a PFIC

The biggest issue of a PFIC is a shareholder is seldom aware that he is investing in a PFIC. Due to this, he is not aware of the tax consequences and the complications that a PFIC brings along with it. Mutual funds from US companies with overseas investments are NOT considered PFICs. But, a foreign fund with a foreign investment company would be considered a PFIC.

Once the shareholder realises that he in fact a shareholder in a PFIC, the reporting problem begins since there are many details to be furnished and divulged. Not only should one be aware of the details regarding the ownership, but also decisions need to be made on the various election options that are available. Each option in turn is intricate in its own unique way. There is a reporting requirement for almost every possible type of situation involving a PFIC like “if the PFIC is also a CFC”, “if the shareholder become a US person after already owning an investment that became a PFIC”, “if the investment was owned prior to 1987” etc.

Now filing form 8621 for every single PFIC turns up a long bill time-wise and money-wise regardless of how small or big the investments ultimately are.

At this point, high tax rate is the least of all problems.

Electing the PFIC as a QEF seems to be the most widely recommended solution to the problems of PFIC.

After dealing with Form 8621, you may also have to file form 8938 and the FBAR. Click here to know more about FBAR reporting

A curious and unusual problem

Sometimes a business goes through a phase initially where it gets caught under the definition of a PFIC creating unseen tax consequences for itself.

Such businesses could be a cash-heavy business, a startup that is facing delays in its product development, a manufacturing company with losses, or a real-estate rental company.

The solution of each such case is different and needs proper analysis to avoid an unreasonable tax bill.

From all the aforementioned intricacies, it can be concluded that it is necessary to structure your investments and payout plans from a favourable tax position, especially since PFICs are complex. Take the help of a CFO consultancy service to help with structuring and reporting the PFIC with the least amount of hassle.

Previous Post How to be Candid with the IRS About Your Stocks in a Foreign Corporation
Next Post Confused About Where to Incorporate Your Business? Help is here