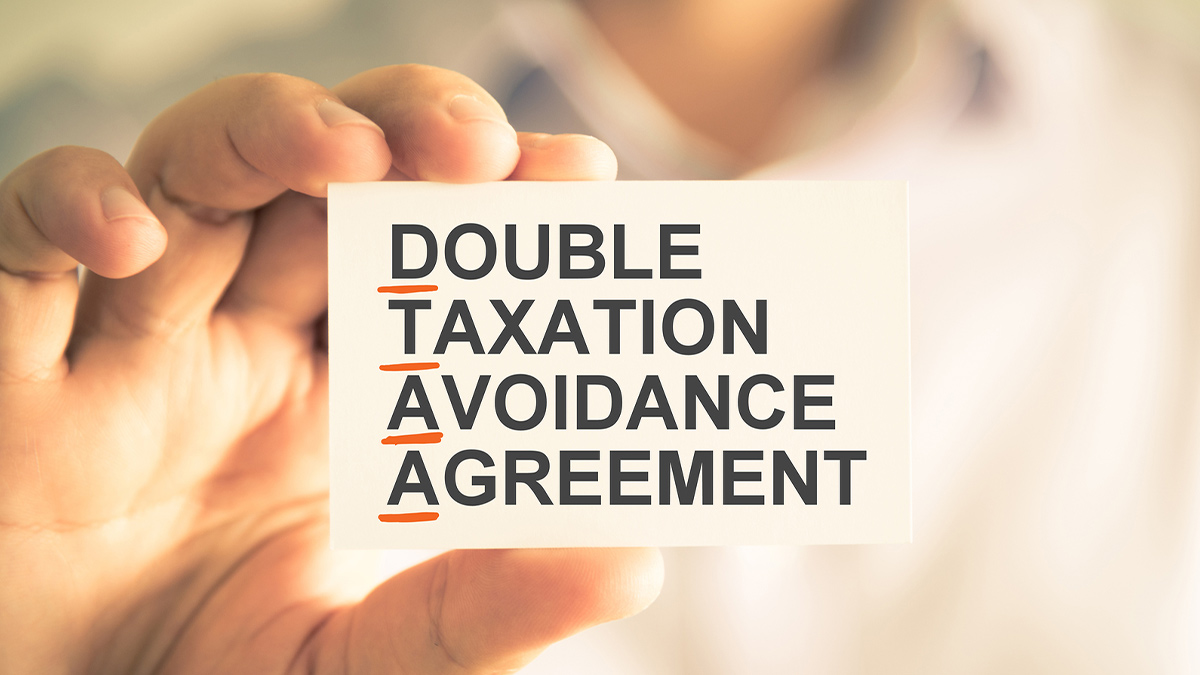 In the current world of continually advancing globalization and liberalization, international transactions and businesses growing on a global scale are routine scenarios.  Many of the developed and developing countries already have a complex tax structure for residents and multiple forms of entities, such as companies, firms, LLPs, LLCs, etc., and the growing global businesses have increased this complexity in terms of accounting and taxation. A situation of double taxation (where both countries want to tax the income in their respective zones) arises when a person (an individual or an artificial Person) is a resident in one country and earns income from another country, or when a business incorporated and registered in one country earns income in another country.

The treaty applies to persons who are residents in one or both countries. The treaty allows the persons to claim the benefit of exemptions, deductions, exclusions, allowance, or any other credit applicable in their respective countries. The word “persons” used in the treaty includes an Individual, an estate, a trust, a partnership, a company, a body of individuals, or any other taxable entity (the word person would be used for all the mentioned entities in this report from now on). There are varied factors that affect your business when one expands its reach in the international market.

The factors such as tax law of both the countries, determination of tax residency, and Permanent establishment of the business are the key factors that decide the overall tax calculation under DTAA.[ii]

Amongst multiple taxes levied, the following taxes are covered by the DTAA[iii],

The Income taxes levied by the Income Tax department of India and surcharge, which is an additional income tax charged over and above standard income taxes, when the total income exceeds a predefined sum.

The residency of a person is a key factor in determining the tax liability of a person. The term “Resident of a Contracting State” signifies a person, who is liable to pay the taxes as per the laws of the state, on account of his citizenship, domicile, place of management of the business, place of incorporation of the entity, residence, or other similar criteria.  The term residence excludes the following scenarios:

Based on the definition of “Resident of a Contracting State” provided above, there may be scenarios where an individual is resident of both the Contracting states (i.e., India and USA). In such cases, a Tie-breaker rule is required to be applied as per Article 4 of the Double Taxation Avoidance Agreement. Following are the guidelines, as per the DTAA treaty, to decide residency in such cases:

Based on the definition of the “Resident of a Contracting State”, if a company is considered to be a resident of both the contracting states, then such corporations shall be treated as if they are not covered under the said convention. However, there are certain exceptions to the rule, such as Dividends (Article 10), Non-discrimination (Article 26), Mutual agreement procedure (Article 27), and other such scenarios.

As per the definition of the “Resident of a Contracting State”, if an entity other than an individual or a company is considered to be a resident of both the contracting countries, the competent authorities of both the nations shall mutually discuss and agree on the residential status of such entity.

The term “Permanent Establishment” would majorly include the following,

The following shall not be considered as a permanent establishment of a business,

Thus, if a business has a place of business in any of the states for such auxiliary purposes mentioned above, such places shall not be considered as a permanent establishment.

A business entity that carries out its business as a broker or a commission agent in one country, shall not be deemed to have a permanent establishment in that country.

Analysis of the income earned by businesses and their taxability

Following are varied kinds of income and their taxability guidelines[iv],

For the purpose of this treaty, the business profits would include earnings from any trade or business, income from the furnishing of the services, income from rent of tangible properties. The profits earned by a person for the business shall be taxable in the country in which the business activities are conducted. In a scenario, where a person operates in another country with a permanent establishment, the income earned from such permanent establishment would be taxed by such another country as per their income tax laws.

These dividends are also taxed by the country from which the dividend is paid, as per the laws of such country. However, when the beneficial owner of the dividend income is a resident of another country, such tax shall not exceed

In a nutshell, before expanding the business globally, i.e., from the USA to India or vice versa, the comprehensive DTAA treaty between the countries must be considered. Also, the complexity of the tax laws in both countries differs for various entities. Hence, before going global, an entity must carefully select the form of entity, i.e., Proprietorship firm, Partnership firm, Company, and so on. Also, the size of the business and the taxation laws of both countries that is applicable. The countries must be kept in mind while choosing the form of the entity. Also, the type of income must be carefully checked.

Recently, even individuals have started investing in foreign markets in order to nullify the risk on their investment. Various Asset management companies have introduced plans where they diversify the funds of their investors in various industries and various countries as well, to significantly minimize the risk. Thus, understanding the impact of taxes on such global income has become more important than ever.