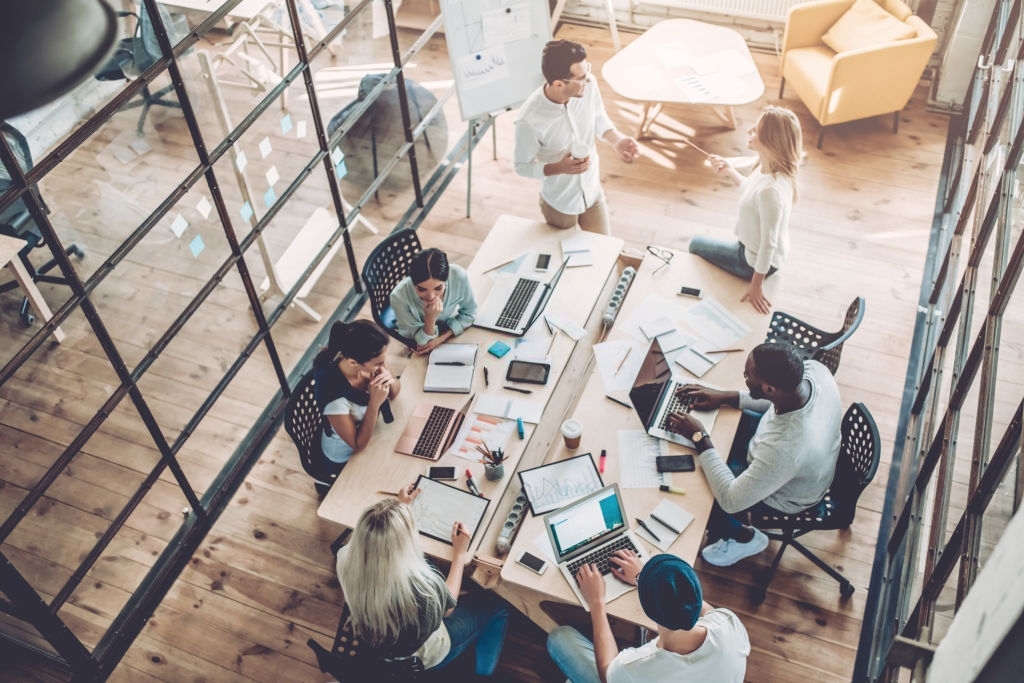 What is an iSAFE Note?

One of the most important phases in the life of a start-up is the pre-money valuation period, where the enterprise strives to raise funds for its future developmental goals. The foundation of the pre-money valuation process is the core stage of seed funding, where a brave few investors choose to pour capital into an innovative product or service that they find appealing. The fundamental return that these investors receive upon the advent of a liquidity event (merger/acquisition, dissolution, next funding round, etc) for contributing to the seed fund of a start-up is part of the equity associated with the said start-up. The liquidity events associated with iSAFE Notes have been fashioned as per the Indian legal frameworks surrounding CCPS or Compulsorily Convertible Preference Shares.

iSAFE Notes are becoming popular investment instruments among those start-ups in India that are entering the seed funding phase. These new instruments, known as India’s Simple Agreement for Future Equity Notes, are similar to Convertible Notes as they promise the holder a specific number of shares in the start-up they are investing in based on future liquidity events. However, the fundamental difference between an iSAFE Note and a Convertible Note is that the latter is a debt instrument that comes with a specified interest rate. In case of an iSafe Note, there is no interest involved as it is not a debt instrument or a loan, but is more akin to a warranty.

A Story from History – iSAFE Notes are essentially an Indian variation of the original SAFE Notes which were introduced by the company YCombinator in the year 2013 within the annals of Silicon Valley. The Indian version of the SAFE Note was introduced by the company 100x.VC in the year 2019 and since then several start-ups have used the same for bridging the monetary gap between seed and Series A funding rounds.

In this article, we will look at both the positive and the negative connotations associated with the use of these powerful investment instruments by considering actual examples throughout the recent seminal years.

The intention behind the invention of the SAFE Note was the simplification of the seed funding process, with a focus on helping start-ups thrive during the period between two funding phases or equity rounds. They offered the founders of start-ups with an interest-free contractual agreement while at the same time enabled investors to reap the benefits of major discounts or valuation caps on equity prices in future rounds. Even though Convertible Notes offered similar benefits to investors, they were complex instruments that caused conflicts with existing debt obligations of the start-ups while also demanding lengthy and complicated paperwork, as opposed to the one-template security agreement that is characteristic of SAFE Note investments. Due to the lack of a maturity period and the dearth of pressure to pay interest, SAFE Notes are preferred over Convertible Notes, being hailed as a more “founder-friendly” instrument than the latter. The iSAFE Note is a faithful rendition of the original SAFE Note and hence, retains the above-mentioned benefits.

Due to these aspects, SAFE Notes formed 80% of all forms of investment associated with early-stage start-ups across the world in the year 2019. A deep analysis of the iSAFE Note reveals the following that certain characteristics of the iSAFE Note offer the potential for new, safer, and more advantageous investment cycles, benefitting both start-ups and investors alike.

Company XYZ is a promising start-up that has unveiled an innovation in the biotechnology field. Due to the cutting-edge quality of its product, the CEO of XYZ decides to opt for a more lucrative funding option as compared to the normal financial path that most start-ups go through. The Company opts for iSAFE notes in its seed funding round and gains considerable traction amongst initial investors due to the innovative edge of their products. The CEO is especially pleased that there is only a six-page document to sign and no other lengthy legal requirements. The low legal fees and the flexibility of legal terms associated with the iSAFE Note are some of the main aspects that entice him to opt for a second round of funding, where the company chooses to use the same type of investment instrument. Owing to the nature of iSAFE Notes being akin to an option or a warranty due to the lack of any interest obligation associated with it, Company XYZ also found it very easy to integrate the same into their accounts, directly integrating them into their cap table.

However, during the second round of funding, XYZ encounters a major issue. The founder, being enthusiastic due to the simplicity of the notes, issued them to several initial investors during the seed funding stage. This in turn resulted in the initial investors holding the lion’s share of equity in XYZ, leaving little or nothing for subsequent investors. The over-crowding of the equity roster by seed fund investors left little or no room for Series A investors when the time for this stage of funding came. The company could not obtain any further funding as Series A investors perceived their share as being negligible compared to that of the seed fund investors. Unfortunately, the founder was unable to scale-up his operations and within a few years had to look for other options, resulting in a considerable loss of time and capital.

An agri-tech start-up opted to use iSAFE Notes for their initial funding round, citing the lack of interest obligations, ease of use, and increased freedom associated with these instruments due to the lack of any maturity date as the core factors for their decision. The start-up shows a considerable amount of potential due to its innovative use of Big Tech to solve core agricultural issues, thereby attracting investors in the seed funding stage. However, the core aspect that entices investors in the case of this specific start-up is the large diversity of “shadow” benefits offered by the iSAFE Notes issued by them.

Deep Insight: In cases where iSAFE Notes do not convert into equity due to start-up failures, the investors are offered preferred or “shadow” stocks in return for the convertible instrument. These stocks have the potential to be even more lucrative than the initial investment in the notes themselves, offering immense advantages to the investor.

Investors also prefer this start-up amongst others due to its issuance of iSAFE Notes, which guarantee first-preference for the initial investors as far as pay-out is concerned. The investors are allured by the prospect that if the start-up were to dissolve before being able to reach the conversion event, they would be first in line during capital distribution once existing liabilities are discharged.

However, due to the amazing response of the investors, the founder of the start-up becomes over-optimistic in terms of his financial speculations. He uses the valuation cap on the iSAFE Note as a chance to dream wildly, ignoring the fundamental ethics and calculations required in terms of speculation when it comes to such investment instruments. In his over-enthusiasm, he decides that the discount offered on equity via the iSAFE Notes to the investors will be a minimum premium on shares in subsequent rounds. Unfortunately, when the start-up goes public, the high premium rates dissuade buyers and the founder finds himself regretting his hasty decision. Fundamentally, the interest shown by the investors is misinterpreted by the founder as being a guarantee for public interest, which in many cases like this is not true.

A health and wellness digital platform opts for iSAFE Notes and issues it to initial investors in the seed funding round. Hailed as being the maverick in the iSAFE Note market, investors are keen to experiment with this start-up, their decision further fuelled by the disruptive nature of the platform that the start-up is developing. The founders, realizing that investors are reacting well to their start-up, strive to make the most out of the situation. Promising a large number of shares in return for major funding that could help them disrupt the wellness industry as a whole, the founders issue iSAFE Notes consistently over two to three funding rounds. In their enthusiasm, the proper calculations in terms of accountability and ownership are forsaken for what seems like hitting the jackpot.

Once the iSAFE Notes are issued, the founders come to the dismal realization that they now own a smaller part of their own company as compared to their investors! Without the right plan in mind and the right calculations, issuing layers of iSAFE Notes across valuation rounds ultimately left the founders with a much lower level of control over their own organization as compared to the investors themselves. Soon enough, they find themselves at the mercy of their investors who in an attempt to make the most of their investment start taking their own decisions in regards to the start-ups functioning. Unfortunately, the lack of industry insight, experience and technical understanding on the part of the investors, who are now the core decision-makers, end in a less-than-wholesome situation for the platform which suffers debilitating losses. The start-up is forced to accept an acquisition offer as investors mount pressure to recover the losses and the founders no longer have the ability to realize the dream that they worked so hard on.

Even though the core role of iSAFE Notes is to make funding easy and free start-ups and investors alike from the tangles of legal complexity, the challenges associated with these instruments come from an underestimation of the hidden intricacies. The root of most of these challenges is the lack of awareness associated with the iSAFE Notes and all the possible mishaps that could emerge from a less-than-optimum understanding or use of the same during the seed funding period. Unlike the original SAFE Notes of Silicon Valley, the iSAFE Note is a relatively young concept and hence, the start-ups that used iSAFE Notes are considered mavericks in their own right. This can lead to a lot of unchecked over optimistic speculation and enthusiastic misinterpretation, leading to major losses in the end.

When it comes to iSAFE Notes, it is essential to understand that the investor and the founder are at loggerheads with each other beneath the surface, having different interests at heart. The valuation cap is a fundamentally important feature for the investor while at the same time it might feel like a burden to the founder. In such a situation, lack of proper awareness and unbridled short-sighted decision-making could spell disaster for future investments as well as control and ownership in the future. It is always beneficial to have an expert by your side when taking such decisions.